“We got a target from the Indonesian Bicycle Sports Association Executive Board (PB ISSI) to win gold. We tried to run some programs, like how to improve the athletes’ achievements from the previous SEA Games in the Philippines,” Raspati told reporters at Soekarno-Hatta Airport, Tangerang, Banten, on Thursday.

First, he said, the victories were owing to consistent, concentrated, and centralized national training. Although the Vietnam SEA Games were delayed, the training continued so the athletes could prepare well, he added.

According to him, athletes, especially Fanani, had high motivation after not achieving the best results at the 2019 SEA Games, which were held in the Philippines. He said that they were not disturbed by the postponement of the Vietnam SEA Games and remained focused on practicing.

The second factor was the great national training facility for athletes, with athletes getting full support from the sports science team, nutritionists, masseurs, and others, Raspati explained.

“Hence, we could be maximally prepared. We had the tools to measure the ability and power of athletes. During the pandemic, we know there was no competition, so we always practiced instead,” he remarked.

Fanani and Ihza agreed with the coach’s statement. They said the Indonesian Bicycle Sports Association strongly supported them during training.

“There were no problems during training camp because the support (teams) such as physical team, nutritionists, masseur, and all teams gave their best,” Fanani said.

The athletes will take a short break after the Vietnam SEA Games, and then prepare for the Asian Championship in Tajikistan, which is scheduled for July, Raspati informed.

“The training will continue for the Asian Championship. There are also the 2022 Asian Games (Hangzhou, China) and the 2023 SEA Games in Cambodia,” he said. 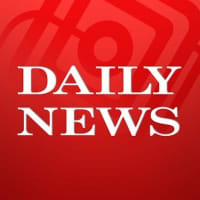 President apologizes for being unable to open Papua’s para games

East Java Governor Khofifah Indar Parawansa has instructed district heads and mayors in the province to check and monitor the sales centers of Qurbani or sacrificial animals amid the foot-and-mouth disease (FMD) outbreak.”In the midst of the outbreak o…

June 27, 2022Comments Off on BRIN develops noodles from local ingredients to lower imports

The National Research and Innovation Agency’s (BRIN’s) Agriculture and Food Research Organisation has developed noodles made from local ingredients as a food alternative to reduce food imports and boost national food resilience.”We will continue to res…

The Partnership for Governance Reform, or Kemitraan, encourages the implementation of a cluster approach and the involvement of all stakeholders in the efforts to prevent forest and land fires.”Why use the cluster system? (It is) because to prevent (fo…

Cabinet Secretary invites all elements of nation to fight drugs

June 26, 2022Comments Off on Cabinet Secretary invites all elements of nation to fight drugs

Cabinet Secretary Pramono Anung invites all elements of the nation to fight illicit drugs that have harmed the nation and state.”Illicit drugs are a crime that destroy nations and countries everywhere. For that we must fight against drugs,” Pramono Anu…

Israeli national team can visit Indonesia for U-20 World Cup

June 27, 2022Comments Off on Israeli national team can visit Indonesia for U-20 World Cup

The Ministry of Youth and Sports and the Football Association of Indonesia (PSSI) affirmed that the Israeli U-20 national football team can participate in the 2023 FIFA U-20 World Cup hosted by Indonesia.”We have discussed this issue since 2019. All co…

Indonesia is ready to host the 2022 FIBA Asia Cup at the Gelora Bung Karno (GBK) Sports Complex (Istora) in Jakarta from July 12–24, 2022.During a coordination meeting here on Monday, Youth and Sports Minister Zainudin Amali said that all agencies, min…

Communities suggest JIS to be officially renamed after MH Thamrin

June 20, 2022Comments Off on Communities suggest JIS to be officially renamed after MH Thamrin

Some members of the public have suggested the Jakarta International Stadium (JIS) in North Jakarta to be renamed after the national hero Mohammad Husni Thamrin, who hailed from Jakarta.Historian J. J. Rizal stated that the stadium’s name must be dedica…

The West Java Tourism and Cultural Office has recruited 108 content creators who will serve as tourism ambassadors in charge of promoting tourist destinations in the province through their social media accounts.”This is a new way of promoting the touri…