Commission I of the House of Representatives has approved the sale of state-owned asset in the Ministry of Defence, a warship KRI Teluk Sampit 515, after considering the explanation provided by the government.

“Seven parliamentary factions have given their approval for the sale of a state-owned asset, the ex-KRI Teluk Sampit-515, in the Defence Ministry,” Deputy Chair of Commission I that oversees defense, foreign and information affairs, Abdul Kharis Almasyhari, said at the conclusion of a meeting in the Parliament Complex here on Thursday.

The meeting deliberated on the President’s Letter No. R-57/Pres/12/2021 on the request for approval for the sale of state-owned asset in the Ministry of Defence, KRI Teluk Sampit-515.

Commission I member from the Indonesian Democratic Party of Struggle (PDIP) faction, T.B. Hasanuddin, said that his faction approved the sale proposal, but wanted the revenue from the sale to be used for national defense development purposes.

“The asset values need to be reassessed to ensure the auction value is consistent with the actual asset value,” Hasanuddin added.

Meanwhile, Deputy Minister of Finance Suahasil Nazara said that the sale of the warship is expected to contribute Rp173 billion (US$12.1 million) to the state revenue.

The naval ship has suffered damage on the hull, while the ship’s engine, electricity system, navigational equipment, and instruments are in suboptimal conditions, he noted.

“It is not economically feasible to repair the ship. If the ship is not phased out sooner, the ship value will decline further, and we will lack space to dock other ships. Moreover, there is a potential of state revenue if we sell the ship,” Nazara added. 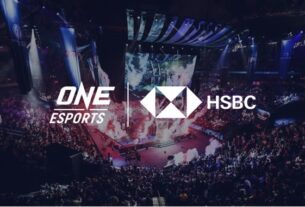 ONE Esports partners with HSBC

Refugee count after earthquake in Donggala-Palu stands at 70,821

May 20, 2022Comments Off on G20 DEWG endeavors to bridge digital gap

The G20 Digital Economy Working Group (DEWG) delegations strive to bridge the digital gap through discussions centered on a toolkit to measure digital skills and literacy.”Outside (the realm) of the digital gap problem, digital literacy is an empowerme…

May 20, 2022Comments Off on Private sector should start using autonomous vehicles: minister

Transportation Minister Budi Karya Sumadi urged the private sector to start using autonomous or unmanned vehicles.“I am proud that the private sector has played an active role in supporting the government’s efforts to present this future vehicle in Ind…

May 20, 2022Comments Off on Bolster women’s involvement in economic development: Deputy Minister

Deputy Foreign Affairs Minister Mahendra Siregar opined that women’s involvement in the national and global economic development still needs to be pushed.”We know that women’s participation in the economy is not only to improve the quality of families …