The Jakarta Deputy Governor, Ahmad Riza Patria, encourages the optimization of tuberculosis-alleviation measures since the disease has become one of the most common causes of mortality in the capital city.

“Tuberculosis is the most common infection suffered by people with HIV-AIDS (PLWHA) as well as the most common causes of mortality,” Patria noted at a coordination meeting of the Jakarta AIDS Commission (KPA) in Jakarta, Tuesday.

Both diseases are known to attack and weaken the immune system that leads to death, he remarked.

Patria, who is concurrently the chief executive of the Jakarta KPA, noted that in 2021, the number of HIV-positive people had reached 65,916, with 72,638 PLWHA based on data from the Jakarta Health Service.

Of that figure, 28,629 people are still under treatment and 21,952 people had reached the viral load test for HIV, Patria stated.

He also pointed out that during the period from January to June 2021, as many as 60 percent of Tuberculosis patients had also contracted HIV.

“This data has become our common guideline to tackle HIV/AIDS and the opportunistic infectious diseases within. HIV/AIDS prevention must be carried out comprehensively through promotive, preventive, and rehabilitative measures,” Patria affirmed.

To this end, he sought the participation of all parties, including the public and media.

“The media has an important role to play in influencing the public’s mindset, which is accurate and reliable in accordance with the mandate of Regional Regulation Number 5 of 2008 concerning HIV/AIDS prevention,” he affirmed.

Patria has encouraged efforts to intensify coordination and collaboration to eradicate HIV/AIDS in Jakarta, including by strengthening joint program planning for the prevention of HIV and Tuberculosis, boosting reporting records, and conducting monitoring and evaluation activities.

“Hopefully, with these efforts, we can achieve our main target in 2030 of zero new infections in AIDS and no discrimination towards patients,” he concluded. 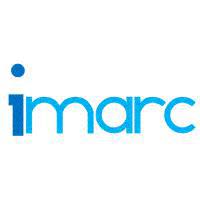