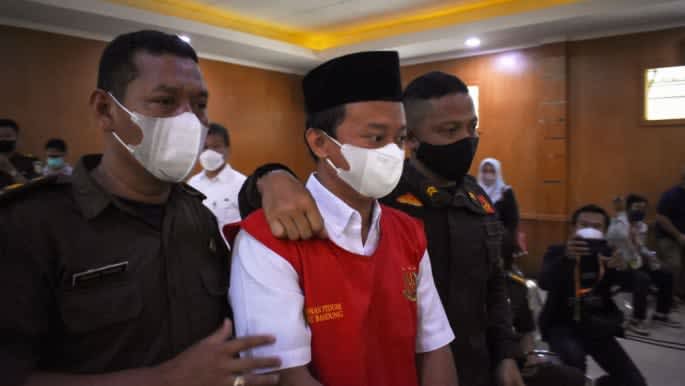 An Indonesian teacher found guilty of raping 13 students at an Islamic boarding school, and who impregnated at least eight of the victims, was sentenced to death on Monday. Herry Wirawan, 36, had been sentenced to life in prison in February, in a case that drew national attention to sexual abuse in Indonesia’s religious schools. But prosecutors, who had requested the death penalty and chemical castration, filed an appeal. “We accept the appeal of the prosecutors,” read the judge’s statement, published on Monday on the website of the High Court in Bandung, West Java province. “We hereby punish …

May 18, 2022Comments Off on Ministry seeks metaverse boost for economy

The Communication and Informatics Ministry is pushing the utilization of metaverse and technology for activities that are positive, productive, and able to optimize the Indonesian economy.”We provide support for the metaverse utilization for things tha…

Indonesia to focus on fair energy access in archipelagic countries

May 18, 2022Comments Off on Indonesia to focus on fair energy access in archipelagic countries

Indonesia, in pursuance of the 2030 sustainable development agenda, will encourage accessibility and fair distribution of energy in archipelagic countries through the G20 forum.Deputy chairperson of the G20 Energy Transition Working Group, Prahoro Nurt…