Jakarta (ANTARA News) – At a bilateral meeting between Indonesian Foreign Minister Retno Marsudi and her German counterpart Sigmar Gabriel in Bonn on Thursday (Feb 16), both sides agreed that the G20 foreign ministerial meeting can be addressed to create a condition conducive to economic development.

A statement from the Indonesian Ministry of Foreign Affairs received by ANTARA here on Friday mentioned that Minister Retno welcomed the initiative of Germany as the chairman of G20 in 2017 to hold the G20 foreign ministerial meeting.

Although the G20 was set up to discuss issues after the global financial and economic crisis in 2008, the two ministers agreed that G20 meeting can contribute to creating a condition conducive to economic development.

“The focus of the G20 Foreign Ministerial meeting is Maintaining Peace in a Complex World. This topic can help create condition conducive to development, ” Minister Retno said.

Both foreign ministers also stressed the importance of international and multilateral cooperation in creating global peace, stability, and prosperity.

In recent time, the two ministers noticed the weakening of multilateral cooperation spirit and the rise in nationalism and protectionist policies in various countries.

The G20 Foreign Ministerial meeting is expected to push back the spirit of multilateral cooperation in addressing global challenges.

“A variety of todays global challenges cannot be solved by individual countries, but they require strong international and multilateral cooperation,” Minister Retno asserted.

The G-20 which comprises of 19 countries plus the European Union dominate 75 percent of total world trade.

Indonesia is the only ASEAN member country of the G-20. The five Asian countries of the G-20 members are Saudi Arabia, China, India, Japan, and South Korea. 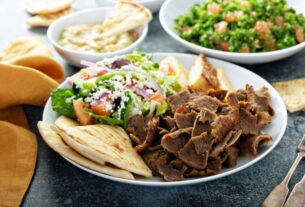 May 17, 2022Comments Off on Electric cars to drive up Labuan Bajo’s attractive quotient: BPOLBF

The operation of electric vehicles in Labuan Bajo will enhance the attractiveness of the tourist destination, president director of the Labuan Bajo Flores Tourism Authority Board (BPOLBF), Shana Fatina, has said.She made the statement in a press releas…

May 17, 2022Comments Off on President visits Cibinong Market to monitor cooking oil prices

May 17, 2022Comments Off on Ministry, Sragen district govt to build tourism polytechnic

The Tourism and Creative Economy Ministry and Sragen district government, Central Java, have inked an agreement under which the local government will provide 200,875 square meters of land for the establishment of a state tourism polytechnic.“If God wil…