Special Envoy of the Czech Republic to the Indo-Pacific, Ambassador Libor Secka, said that the Indo-Pacific region has become a very important center of economic and social development in the world.

“(There are) Three foreign policy priorities of the Presidency of the Czech Republic in the European Union. First, the expansion of the European Union into the western Balkans. Second, strengthening of support for Ukraine. Third, the Indo-Pacific region. We understand that the Indo-Pacific is a very important center of economic and social development in the world,” Secka remarked when met in Jakarta on Thursday.

The current of globalization, he said, has connected everyone.

“Long distances are getting closer and everything is connected. What is happening in the Indo-Pacific affects us,” Secka added, citing the example of the COVID-19 pandemic that started in China and then spread around the world.

“So, it looks like this region from our (country) is too far away, but in reality, it is very close. We live in the world and we influence each other,” he said.

Since every region in the world influences each other, the European Union is very concerned about the Indo-Pacific region, he added.

“At the same time, there is a new geopolitical situation and various changes and shifts in values. This is something we must consider and we must protect our lives, our society. We build cooperation with various countries to protect the lives of our people,” Secka said.

According to him, the Czech Republic and the European Union are important partners for the Indo-Pacific region.

“We need cooperation to find solutions on how we can strengthen our common strengths,” he said.

During the Presidency of the Czech Republic in the European Union, there will be discussions and dialogs to exchange ideas on certain issues, such as the Indo-Pacific, he informed.

“The High-Level Dialogue on the Indo-Pacific will be held on June 13–14, 2022 in Prague. This is a new framework that we create because it does not exist before. The meeting will be attended by ministers, academics, and businessmen. Because we want to see the Indo-Pacific in various perspectives,” he said.

He further said he is happy that Indonesian Foreign Minister Retno Marsudi will attend the high-level dialog.

“The meeting will also be attended by ministers from Asian countries, such as Japan and India. So, we will have seminars and high-level dialogs to understand each other’s perspectives or ideas. So, this is something special,” he added.

He also said that ASEAN and the European Union will share views and strategies regarding the Indo-Pacific. 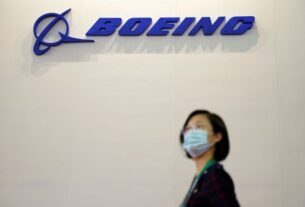 May 17, 2022Comments Off on Zimbabwe Vice President pays courtesy visit to Amin

May 17, 2022Comments Off on Second G20 DEWG meeting invokes spirit of digital transformation

May 17, 2022Comments Off on Ministry officially opens 2022 Digital Talent Scholarship

The Ministry of Communication and Informatics has officially opened the 2022 Digital Talent Scholarship and Digital Leadership Academy programs, which are available to the public free of charge.”The intensification of digital transformation has implica…