The Indonesian government has extended Rp600 thousand in assistance to each of 1,200 street vendors and food stall owners in Jayawijaya District, Papua Province, as part of efforts to boost the local economy.

The assistance is targeted at street vendors, food stall owners, and fishermen; however, Jayapura has no fishermen, commander of the Jayawijaya District Military Command 1702, Lt. Col. Arif Budi Situmeang, said in Wamena on Tuesday.

“In Jayapura, we distributed (the assistance) among street vendors and food stall owners, with each beneficiary receiving Rp600 thousand. The government channeled the assistance through the district military command for 1,200 beneficiaries,” he said.

“Maybe in the next 10 days, we will have completed the distribution. We give the public time because they must bring with them complete citizenship identity cards such as family cards, citizen identification cards. Maybe some of them have taken the aid in their respective village,” he said.

The government has extended the assistance to encourage local residents to resume economic activities, he added.

“At this moment we have difficulties with several basic necessities. Hopefully, the aid will be useful for them. We have 30 days to distribute the aid since we live in a mountainous range. However, we hope it can be distributed faster,” he said.

When Cars Start to Feel the Road 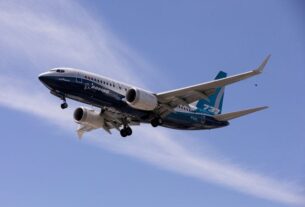